ShiftPoetry™ is a feel good technology created by Howard Kern and Barbara Ligeti. It is based on Howard’s own experience in “writing himself well and happy” and out of loss and illness. In the medical community this work falls in the category of “bibliotherapy” – engaging in positive words to stave off unhappiness, dis-ease, depression.

“Poetry” according to American Poet Laureate Tracy K. Smith among others is simply “writing without rules.” Kern and Ligeti advocate generating this kind of expression to “shift to a better place” – thus ShiftPoetry™.

The ShiftPoetry™ experience is available via public workshops and seminars. For more information about these, and to sign up for an upcoming workshop in your area, please visit our  Workshops and Seminars page.

Up until 2015, Howard’s writing focused primarily on the law and his legal practice, though he did write articles and an occasional award winning short story.   However, that changed in 2016 when he was diagnosed for a second time with cancer.  Unable to recruit the support of his family members with respect to his decision to decline Western medicine, Howard found that writing provided him with the missing support.

Through his writing, Howard has successfully navigated himself to wellness.  Howard’s self-help treatment gave birth to ShiftPoetry™.   ShiftPoetry™ provides a positive experience that can support other people as they deal with the sometimes challenging realities of life. 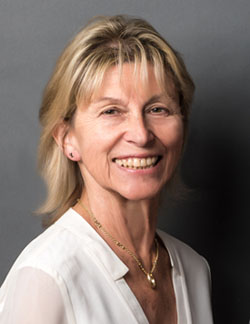 BARBARA LIGETI has been a performer, spokesperson, writer, producer in various media.  She is a holistic health counselor certified by the American Association of Drugless Practitioners.  At Columbia Teachers College along with her double major in psychology and theatre, she was trained as a corporate and private coach.  She is a master pilates teacher and also trained in mindful meditation and in Iyengar and kundalini yoga.

Barbara lives to help folks to be heard, seen and appreciated.  She is all about community and collaboration.  In coaching she refers to herself as a “midwife for change”.

In 2018 Howard Kern approached Ligeti for coaching around writing a book.  What resulted was a book called WALKING WITH KERRY coming out soon, but more so, his practice of “writing himself happy, healthy and whole” ignited her to co-create ShiftPoetry™.